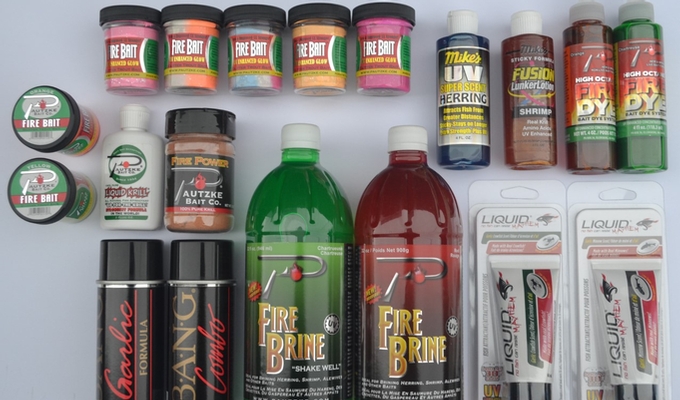 Lures : The success of odors!

Nowadays, an array of fishing products are distributed to stores specializing in this field. Among these are odoriferous products designed to attract fish to your lure. I hear a lot of skeptics saying these are only gadgets invented to incite fishing enthusiasts to consume even more. So, what about it? Just like humans, fish have the sense of smell, which should not be overlooked. Do odors have an influence on fish? Of course! However, few fishers consider this sense to be important but it is, in my humble opinion, a very powerful element when it comes to choosing fish food.

- Fish and the sense of smell

Indeed, fish can smell! In relation to us humans, fish have a highly developed sense of smell that serves them just like our human eyes do to find food. They have nostrils, but those are only used to smell odors, as fish don’t use them to breathe, since they have gills to fulfill this specific need. Fish make very little use of their eyes for guidance; they will count on them only for last-second adjustments when attacking. However, their sense of smell is very impressive and fish can rely on one or two nostrils, depending on species, which are completely separated from their mouth. Right in front of their eyes, their nostrils end up to an olfactory area that will transmit the message through the olfactory nerves and up to the olfactory bulb. Therefore, fish can smell perfumes and other odoriferous substances made to attract them in water. Fish can perceive the scent of preys or predators from considerable distances. Also, molecules that penetrate through their nostrils give them information about their environment, practical for orientation purposes. Their sense of smell also plays a prominent role in communicating with their congeners, thanks to different pheromones discharged in the water. Then, the secondary olfactory system gets involved. As a matter of fact, communication with fish from the same species is done via pheromones… odorless molecules! Think about an injured forage-fish that produces distress pheromones which attract neighbouring predator fish. Depending on the species, the sense of smell can be very refined. Some studies have shown that the sense of smell of fish can be about 1,000 times stronger than that of a dog.

The market overflows with odoriferous products. To simplify choice making, I divided them within four groups.

First, "aromatic" odors. These odors are designed to imitate those of natural preys. Manufacturers count a lot on these products, because these odors are found in fish environments. Among the most popular are minnow, crayfish, leech, worm, smelt, and even zooplankton odors. During the winter, minnow, smelt, and worm odors are the most realistic ones. These products are generally made from natural prey matter, as specified on the packaging. There are also "curiosity" products that emit smells unknown to fish and each manufacturer have its own secret recipe. However, some well-known odors are very efficient to attract fish, in particular garlic! In addition to this specific smell, anise and salt can also be used. Garlic is used by numerous companies such as Pautzke Bait co., Liquid Mayhem, and Atlas-Mikes, which are the most renowned companies in this particular niche. Generally, we find these products in paste, liquid, and gel forms. In Québec, a very popular product is the "Garlic Minnow" tube from Liquid Mayhem, which is a mix of natural prey matter and curiosity substance. This red gel product received very good comments for its efficiency. We can also find pheromone products. Pheromones are chemical substances comparable to hormones discharged by most animals and some plants. The signals act as messengers among fish from the same species. In the world of fishing, the one pheromone that is interesting is that of an injured forage-fish that sends alarm signals when in distress which, in return, attract predators. In Québec, Ferme Monette distributes a line of these attractant products. Of course, they use synthetic pheromones. In fact, those synthetic pheromones come in a flask and are mixed with a gel. Once such mix is made, the odors emitted from the pheromones can last for 48 hours. As for the gel itself, it is reusable. Lastly, there are "natural" odors. Obviously, we must always conform to regional rules. The efficiency of artificial lures when ice fishing is quite limited. Therefore, to better your chances, you must add odors. In the zones where rules allow it, adding a minnow or a minnow head is excellent. In addition to natural minnow, a worm or a part of it can be efficient. Salmon fishers regularly use worms.

We can also mention tomcod fishers, which count on pork liver cuts to attract this species in Sainte-Anne River at Sainte-Anne-de-la-Pérade, Québec. If regional rules allow you to do so, I think natural odors are to be used to be successful.

It is important to know that some products act as repellants. Deet is probably the most repellant product when it comes to fish. However, ice fishing enthusiasts don’t have to use mosquito repellant. PABA is also a repellant. In fact, it’s a protective agent that absorbs ultraviolet rays within sunscreens. Following the use of sunscreen, it is highly recommended to wash your hands before you handle any lure. Fishers firmly believe that gas and oils are repellant substances. Thankfully, this myth was refuted by scientists: these substances are not soluble in water. In real terms, this means that these molecules are too large to be detected by the sensory cells that makes the olfactory system of fish.

If you ask me if odors are essential to have successful fishing experiences, I won’t hesitate to answer: absolutely! The sense of smell is all too often neglected by fishers. Next time you go fishing, rest assured that your lure will emit a magical perfume that will attract the most stubborn fish.